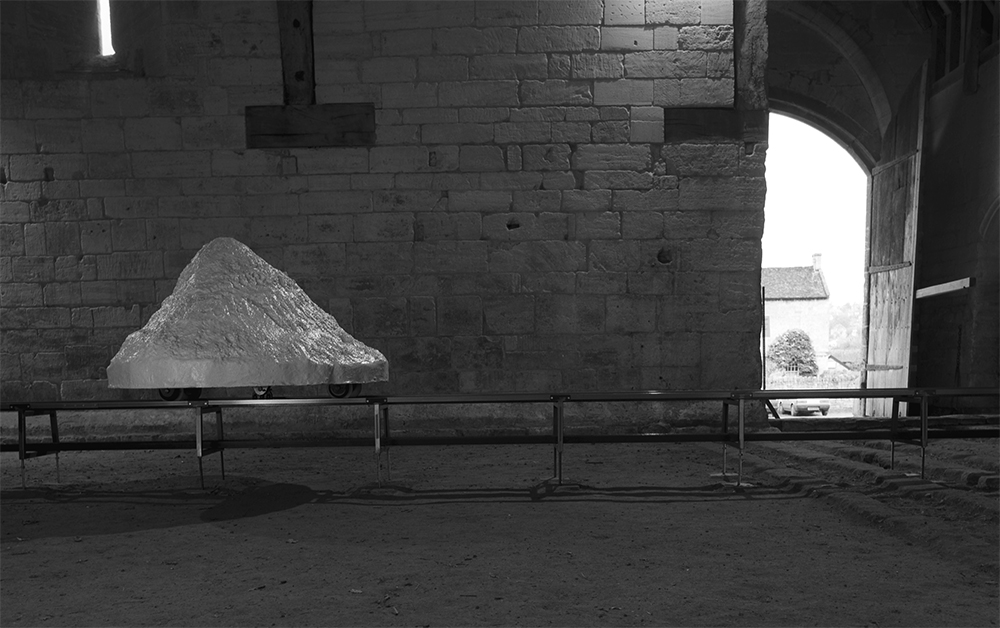 ‘Track’ was originally made as a temporary site based installation for the Saxon Tithe Barn in Bradford on Avon in 2000. The work comprised of a white form that glided slowly along a 15 metre horizontal track powered by an electric motor. The form took 20 minutes to travel the full length of the track where it would momentarily pause before slowly reversing and repeating its journey.

The photograph does give some indication of the physicality of the form on the rails. You may notice that it is somewhat like a model of a mountain or a land mass. In 17th Century Japan, stones were collected for their likeness to mountains. Favourite ‘suiseki’ stones would accompany collectors on trips in specially made travelling cases. These stones were treasured and sometimes had their own attendant and separate transportation. The mountain-like form in ‘Track’ was not a special found object like the suiseki; it was instead the product of a day’s hole-digging.

Unlike the unclaimed luggage currently circumnavigating rubber conveyors at airports around the world, there is no hope that this object will ever arrive.” from Ev+a 2002 catalogue