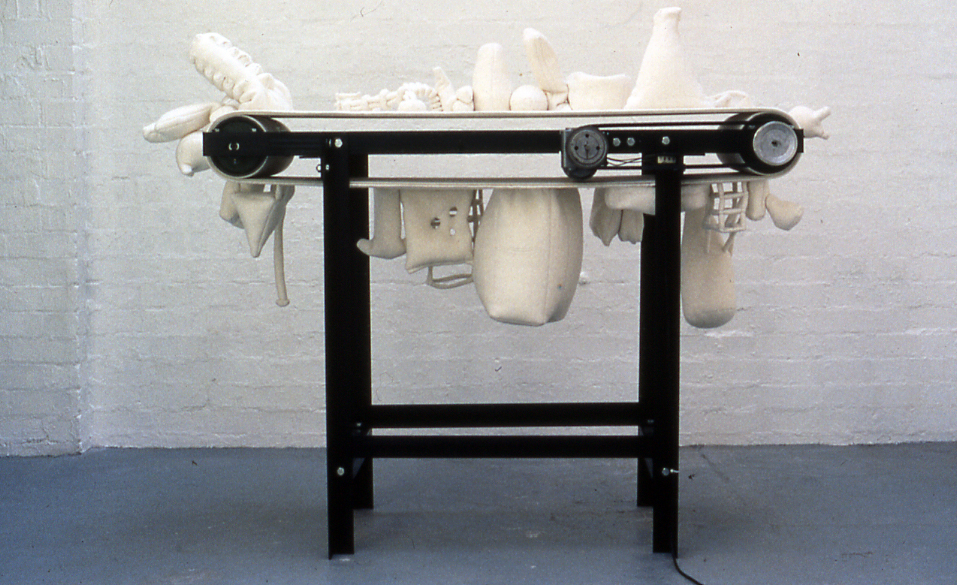 In ‘Convey’, 2000, a number of soft forms based on the artists’ lost works, travel slowly in procession around a conveyor belt driven by an electric motor.

As each loosely stuffed object travels along the underside of the belt its structure and form is temporarily revealed, only to be lost again as it collapses once more when returned to the top of the belt.

As with other motorised works by Dunhill and O’Brien the movement is ‘geared down’ to be peculiarly slow. In this case it has a certain stately elegance and purposefulness while also being relentless, hopeless and awkward.