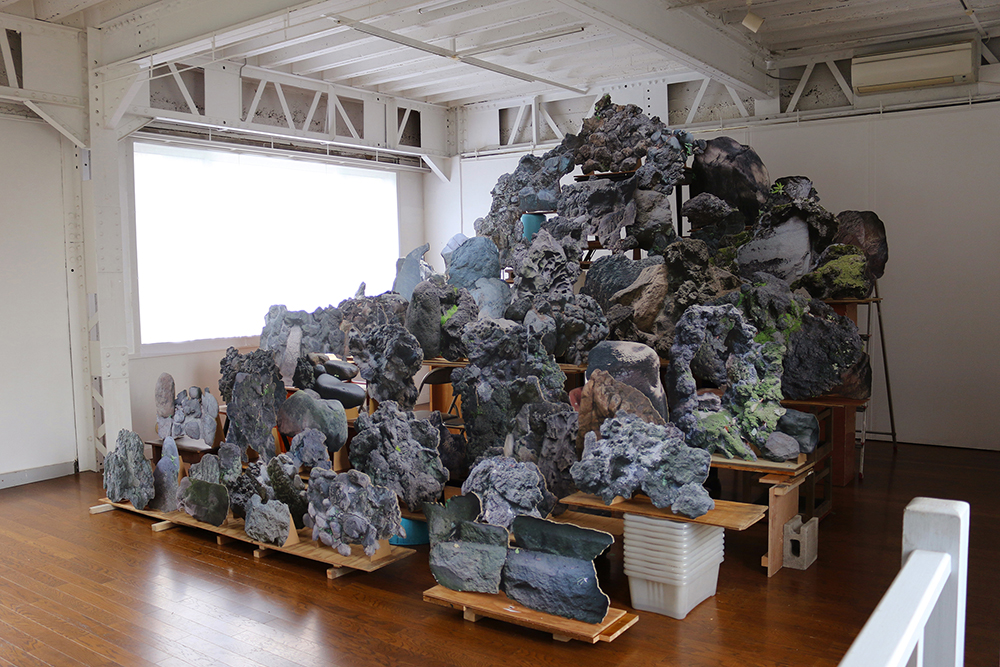 ‘The New Fuji in Meguro’, a woodcut by Hiroshige Utagawa (1797-1858), depicts a small group of people standing on a Fuji shaped mound looking across a landscape at the distant Mountain. This image portrays one of over a thousand ‘Fujizuka’, made during the Edo period (1603 to 1868) in the Kanto region by groups of Fuji devotees known as Fuji-ko. At that time when women and the infirm were not permitted or able to climb the sacred mountain, these constructions were built for the local community, to simulate the experience of climbing the final and most sacred stage of Fuji.

Fujizuka were constructed of tonnes of lava rocks collected and transported from the volcano. Unlike the European landscape garden with picturesque elements, the Fujizuka is a humble, human-scale fragment, of this most potent symbol of Japan. Ranging from 1 to 30 metres high, each Fuji-ko group’s interpretation of the Mountain was specific and unique. Using the Tokyo Street Atlas and guidance from friends and strangers O’Brien located and visited 36 of the 50 Fujizuka still existing in Tokyo. Incongruous and often obscured among high-rise offices and apartments each site was surveyed and photographed. Capturing detailed images of the imported lava rocks and other stones provided the raw material for a work developed later in London and in the residency studio in Tokyo in July 2014.

‘New Japanese Object’ is made from life size printed images of Fujizuka rocks mounted on thick cardboard and carefully positioned on a construction made from furniture and salvaged wood. A video documents the 2 artists working on the assembly of this armature of material gathered from their studio and apartment. Made without discussion, agreement or prior planning, the video reveals a creative process that resembles the circumnavigation of 2 workers carrying out often-repeated tasks. Meanwhile the flat-pack, ‘card board cut outs’, the antithesis of sculptural form, all but filled the remaining space. 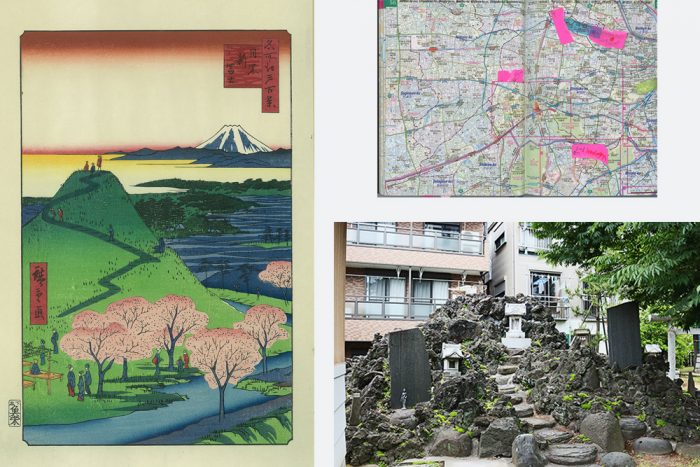