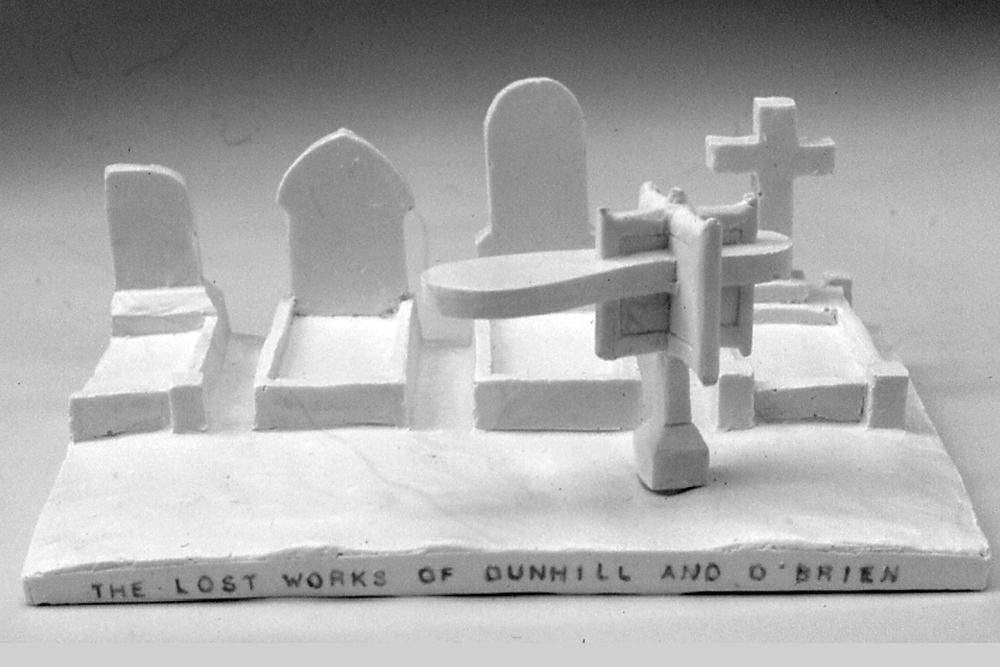 ‘The Lost Works of Dunhill and O’Brien’ 2000, is a series of resin multiples in which the artists lost works have been remade in miniature and placed in imagined ‘idyllic’ settings. While they may at first glance resemble gift shop mementoes or souvenirs, they are probably more related in function to grave goods.

First shown in Hanover, Germany (alongside a food related ‘range’ that were sold in an Art Vending Machine, a group of these multiples were later displayed under clear acrylic boxes on a trailer as part of the installation ‘Souvenir’ at the Tithe Barn in Bradford on Avon, UK. (see ‘Track’)